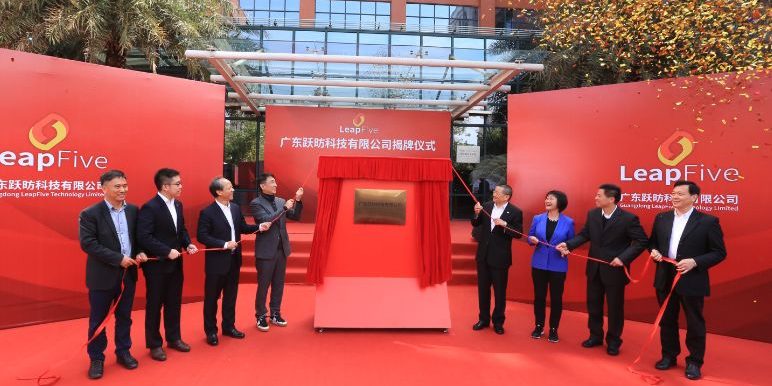 Three months ago, Galanz announced its entry into the chip field and released the Internet of things home appliance chips; one month ago, Shunde District government signed a contract with Henderson (China) investment company and Galanz Group to jointly build a world-class open source chip base; yesterday (January 17), Guangdong LeapFive Technology Co., Ltd. (hereinafter referred to as LeapFive Technology) was established in Shunde District, marking Shunde’s world-class construction The ecological chain of chip industry has entered a substantial stage. Shunde has made a new step in building a new era Experimental Zone for Guangdong to implement the new development concept, speeding up the transformation from manufacturing area to innovation area.

LeapFive technology is a joint venture company established in Shunde by Glanz group, StarFive China and gigaleap. The registered capital is 1.5 billion yuan. The initial investment will be 10 billion yuan to build a world-class open source chip base in Shunde. Shunde District Party committee and government attached great importance to this milestone moment and attended the unveiling ceremony with the highest standard. Members of several groups of the District, as well as the main responsible persons of various departments and towns and streets, attended the ceremony.

Why so much attention? Because the core technology is the national heavyweight, and chip technology is one of the most critical and core technologies. To eliminate the pain of “lack of core and less soul”, a large number of chip talents are the key elements. Yuefang technology will build an open-source chip base in Shunde, gather the world’s top scientists, and rely on risc-v open-source chip technology to create a world-class open-source chip ecology belonging to China, which is expected to get rid of the monopoly of foreign chip technology. According to Dr. Jiang Zhaohui, chief executive officer, chief technology officer and former Google chief technology officer of Beijing gigaleap Technology Co., Ltd., three of the four members of risc-v founding team have served as Yuefang technology consultants, and a number of world-class scientists, such as Naveed sherwani, Global CEO of sifive, have joined the team. In the future, the education project designed by sifive will be settled in Shunde, where thousands of chip manufacturing and chip design talents will be trained, which will help China transform from a chip user to a creator. Recently, a group of global chip talents of Indian, Pakistani and Korean origin will be stationed first. 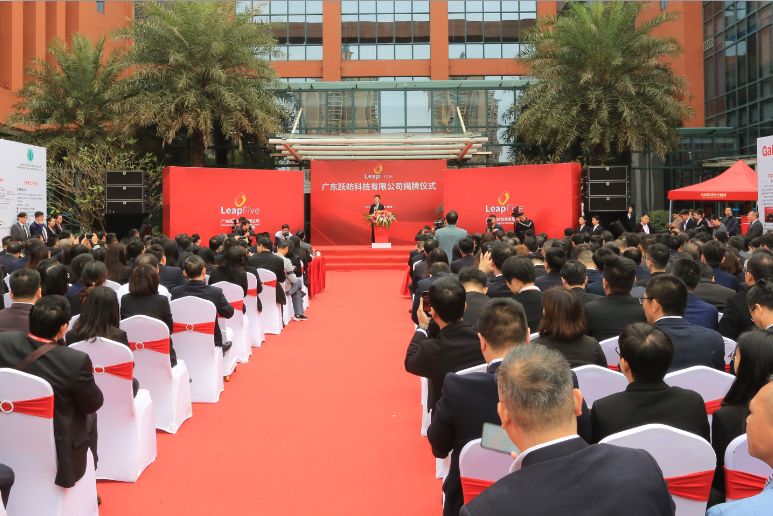 “People are the most critical, and people are the factors that determine everything.” Liang Huiqiang, vice chairman of Galanz Group and CEO of LeapFive technology, also repeatedly stressed this point. He said that he would take root in Shunde, build an open-source chip ecosystem belonging to China, replace the most imported chips with domestically designed chips at the fastest speed, and planned to cooperate with well-known domestic colleges and universities to provide chip talent training for the whole society and the whole industry, so that more young people can join the “China chip” revolution.

At the unveiling ceremony, Li Jiajie, member of the Standing Committee of the National Committee of the Chinese people’s Political Consultative Conference, vice chairman of the all China Federation of industry and commerce, and chairman of Henderson real estate group, expressed his original intention of investing in chips with “boundless responsibility”. The national sentiment of “serving the country through science and technology” was revealed everywhere in his words. “In today’s world competition, high and new technology is the place that strategists must contend for. If we want to win the competition of this era, we must have the core technology independently developed in the core field. This is the original intention of my investment in chip industry, and I hope to serve the motherland with “China chip”

Li Jiajie said that the future is the era of interconnection of all things. Shunde people have always been the trendsetters of the times with the spirit of daring to be the first and working hard. He is honored to cooperate with such fellow countrymen and fellow travelers. He believed that the birth of Yuefang technology benefited from the favorable time, place and people. Shunde is building a high-quality development system and mechanism reform and innovation experimental area in Guangdong, creating an experimental area for Guangdong to implement the new development concept in the new era, actively improve the scientific and technological innovation system and mechanism, and accelerate the promotion of intelligent manufacturing, which provides an ideal soil for the chip industry. “With the help of the sifive open source architecture to drive and improve the industrial ecology of the Internet of things, it will fundamentally enhance the strength of national independent research and development, and help the country to achieve breakthroughs in the field of core technologies.”.

“I hope I can get an extra five minutes or two.” At the unveiling ceremony, Liang Zhaoxian, chairman and President of Galanz Group, could not hide his excitement. He had originally arranged a 5-minute speech for more than 20 minutes, during which he repeatedly praised Shunde’s excellent and efficient business environment. “Because of such business environment and the vision, pattern and courage of Shunde Party committee and government, we can realize the unveiling of Yuefang science and technology in one month.” At the meeting, he took Yuefang technology’s completion of industrial and commercial registration procedures in a very short time as an example, and praised the government’s close and efficient service. “With such speed and business environment in Shunde, I feel blessed as a member of Shunde. Shunde is really a good place for innovation, entrepreneurship and wealth creation! ”

Liang Zhaoxian believes that the establishment of Yuefang technology is to break the passive situation of a large number of imported chips in China, and make the “neck sticking” technology a history. Although the chip industry has high investment, high technical requirements and high threshold, it is full of confidence in the future development, and will unswervingly and unswervingly contribute to the high-quality development of Shunde and the construction of an experimental zone for Guangdong to implement the new development concept in the new era.

Speaking of the emotional place, Liang Zhaoxian even stepped down from the platform and said to Li Jiajie, “no matter how hard the road ahead is, we will go on!” Between the words, is the resolute battle, is the indomitable pride.

Be responsible and confident to try first in innovation

“The spring of southern China comes early. It’s warm and it’s a fire.” Guo Wenhai, deputy secretary of Foshan municipal Party committee and Secretary of Shunde District Party committee, used this metaphor to describe his inner feelings of being moved, excited and excited. He said that the unveiling of LeapFive technology symbolized the unveiling of the open source chip base. This embodies Li Jiajie, Jiang Chaohui, Liang Zhaoxian, Liang Huiqiang and other family feelings. It was the strong feelings of home and country that brought them together. It was the feelings of hometown that made this project settled in Shunde. “As the Yangtze River rolls East, the waves give birth to new heroes.” Guo Wenhai expressed his high respect for the “new heroes” who serve the country through science and technology by means of adapting poems.

Guo Wenhai stressed that innovation, coordination, green, openness and sharing are the requirements of “innovation, coordination, green, openness and sharing”. In order to build an experimental area for Guangdong to implement the new development concept in the new era, Shunde has the responsibility and confidence to take the lead in innovation and breakthrough of “neck sticking” technology, gather the world’s top scientists, and accelerate the transformation from a manufacturing area to an innovation area. Guo Wenhai said that Foshan and Shunde will open their minds and welcome entrepreneurs from all over the country and the world, such as Mr. Li Jiajie, to invest and develop, and the global scientists represented by Dr. Jiang Chaohui are welcome to come here for innovation and entrepreneurship. “We should not only create a first-class business environment, but also create a first-class innovation environment to provide personal and efficient services for the innovation and development of enterprises.”

Risc-v is an open instruction set architecture (ISA) based on the principle of reduced instruction set computing (RISC). V is the prototype chip of the fifth generation RISC processor. The risc-v instruction set was developed under the leadership of Professor krste asanovic, Professor of EECS and director of adept Laboratory of UC Berkeley.

Risc-v architecture has the characteristics of open source, free, extensible and modularity. It can be used in all the desired devices for free. It allows anyone to design, manufacture and sell risc-v chips and software. It is a simpler, more stable, low-cost and customizable chip development architecture. It has a vigorous ecological attraction and is a potential mainstream instruction set architecture in the future.